I'm a Senior Software Engineer. How did I get here? 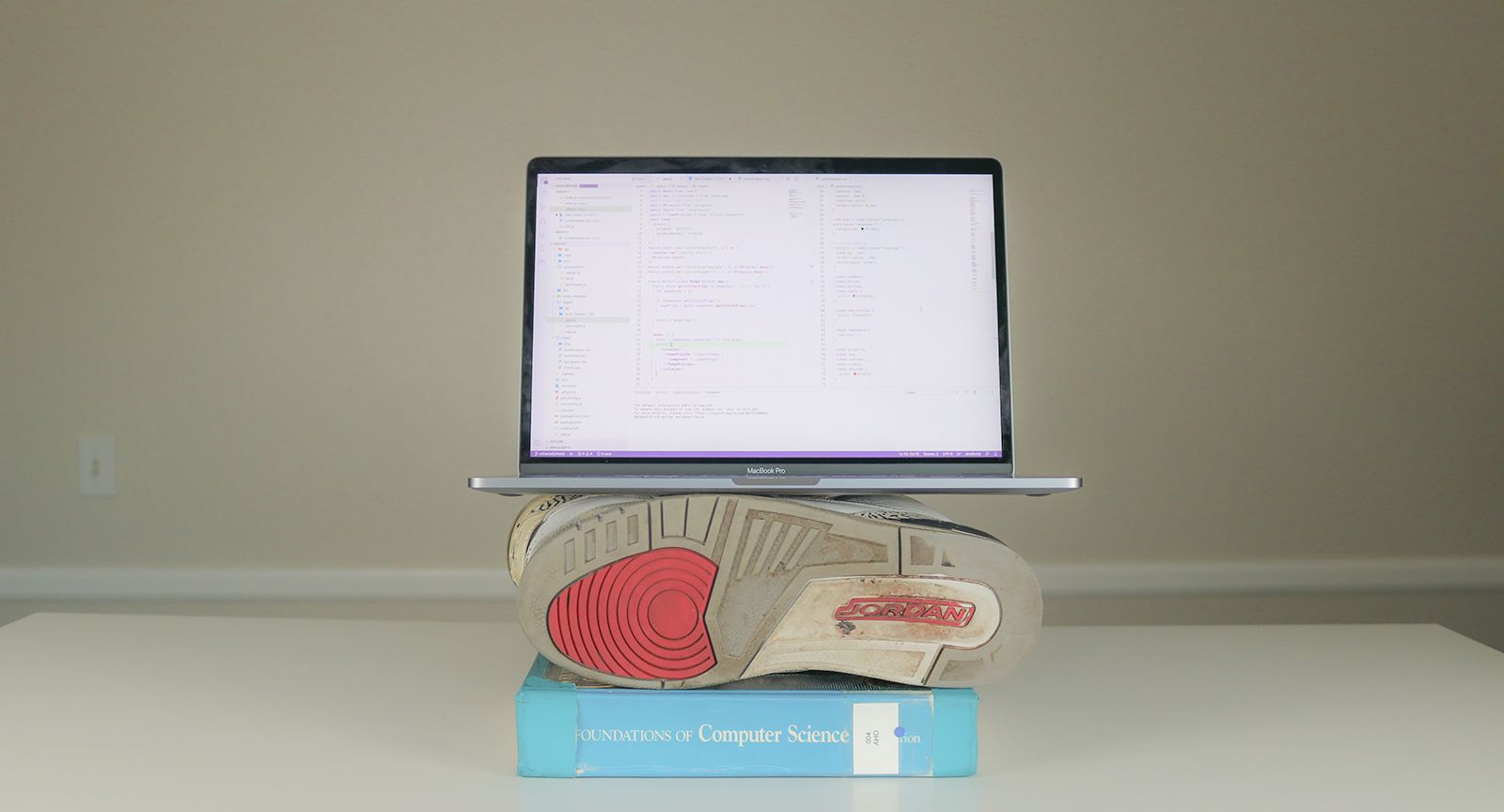 I am a Senior Software Engineer. This sentence sounds like I am saying it with confidence but if you were to see me say it in real life, like face to face, you would see the surprise in my face as the words come out of my mouth. It took me 10 years to reach this milestone. Funny that 10 years prior to this I had no idea what field I wanted to work in and no idea what a software engineer was. In community college, I thought I wanted to be a Marketer. I then had a stint where I thought I wanted to be an entrepreneur selling products online. My path from aspiring entrepreneur to Software Engineer has had many brief forays into different career possibilities. I tried a lot of them out of sheer curiosity. Curiosity, the feeling you get when you want to know how something works, has been the engine for the position I am now.

I always had a fascination with making money. Lots of money. I grew up listening to hip hop and being an impressionable teenager, I wanted to have the latest Jordans, drive Lambos and rock a diamond-encrusted grill. This might seem off-topic but it is pivotal to understand my mindset. After graduating from high school, I wanted to start my own business to make lots of money. That is part of the reason I chose Marketing initialing as my major. I also began hearing stories about people making a living off selling things online. An easy way to start selling things online for me was eBay. My mind works in a weird way because my first inclination when I don’t know something isn’t to try it but instead to learn about it. So, I went to Barnes and Noble’s and bought a book on selling items on eBay. I read it front to back. I learned about tips and tricks to sell and buy. Momma! I’m becoming a salesman. You can only sell so much of your own possessions though before your room starts to look like you got robbed. I needed items to sell that were not my own. I heard that people buy things in bulk and resell them on eBay. This led me to Alibaba, the online wholesale marketplace. If I buy something for $20 dollars and sell it for twice that amount by this time next year I am going to be driving a Lambo, rocking Jordans and a grill! Out of all the things I could have bought I decided to buy The Sopranos Complete Series on DVD. Don’t ask me why I chose that. When it arrived in the mail, I inspected it for any faults but it didn’t have any. It was the real deal. It even had the plastic packaging on. I posted the item on eBay and it sold for around $80. I shipped it right away, Lambo daydreams on rewind. A few days later I got a message from the buyer. The DVD was a dud. The buyer said the discs were all scratched and didn’t play on their DVD player. I returned the Buyer’s money. My get rich quick scheme failed. When I realized that getting rich from selling things on eBay was going to be harder than I thought, I lost the drive to continue doing it. Maybe there was a better way to get a Lambo.

After my first year in community college, I started to get a weird feeling. The kind of feeling that you get when you know you are being fake. I didn’t listen to it immediately though. Instead, I continued going to class, taking general education classes to prepare for my eventual transfer to SDSU. I still wanted to get rich quick. I know, I am disgusting. So I did something that you would never imagine a Senior Software Engineer to have done. I bought a website on eBay. I am truly disgusting. Let me explain. After failing with my own eBay scheme, I wanted to see if there were other ways I could make money selling items online. I came across an eBay item listing for a website. Intrigued, I clicked through and read the description. The item for sale was a website that sold video games. Well, it was actually just a website that had referral links to Amazon where you could purchase the video games. For $100 bucks I can own a website and start generating money! Facepalm. I bought it and to my surprise, I didn’t become rich instantly. If I recall correctly I made less than $10 from that website. Thinking about it now makes me laugh. I was not getting any traffic to the site so how in the hell am I supposed to get any sort of revenue from it. After about a year, with my pockets still touching, I started to think maybe there is a way I can salvage the website. Maybe I can make some modifications to it so that it can start putting some dollars in my wallet. The issue was I had no concept of how to do this. I don’t know how websites work. I knew you needed to know how to code. Whatever that means. Luckily for me, I was going through a career crisis. I didn’t want to go to school for something I wasn’t really interested in. At this time I began looking for different types of careers. That is when I learned about Web Design as a career. You can get hired to design and code websites? The notion intrigued me but more so what really got me going was the idea that if I learned web design and how to code a website then I could make my own website and my own business and sell things online and be rich! Soon after, I enrolled at a local private college that had a web design program.

Sometimes you lose sight of why you do the things you do. In 2012, I graduated with a Bachelor's Degree in Media Science with a specialization in Web Design. I wanted to get a job ASAP to start my new career and to make cold hard cash. I found one within a couple of months of graduating. I was hired as a web designer but after a few months in my jefe recognized I was much better at coding than designing so I transitioned to UI developer. I worked there for almost three years.  My next job was at my current company Zeeto, I was hired as User Interface developer. Zeeto was using the latest technology and building exciting tech so I knew I was going to learn a lot. After a year at Zeeto, I got the entrepreneurial mojo back. This time, what pushed me to want to create a business wasn’t money as much as it was the need to create something of my own. I wanted to create a clothing brand. I could start with T-Shirts and then move into other kinds of products. My strategy? Well at the time I became aware of vlogs. I saw how randos were making vlogs on youtube and gaining thousands of followers and views. If I can make a decent vlog, then I can begin marketing my clothing brand via the vlog. So I started doing what I always do. I learned. I learned about video production, video and audio editing, and video equipment. Now I just needed to be entertaining in front of the camera. Literally the hardest thing I have ever done. My first vlogs were me doing random things. Going to the beach, going to stores and buying things. It makes me cringe. I didn’t know what I was doing more but even more important, I didn’t know what I wanted to say. This led me to search for topics I could talk about. I dabbled in music production, streaming video games, and making video games. Hobbies I was always interested in but never attempted. The vlogs gave me the freedom to explore these hobbies but ultimately none of them stuck. I instead got the urge to get better at what I already was good at. Coding.

2019 Three years into Zeeto and I have learned so much. I went from a UI developer to a Full Stack/ Devops / Front End Engineer. My willingness to take on projects that I had no idea how to do, allowed me to learn while integrating at the same damn time. Shout out to Future. Having a great mentor who becomes one of your best friends is also ideal. I would be remiss if I didn’t give a shout out to Digant. He basically held my hand through each app we created, deployed, broke and fixed. Love ya, bud. At the beginning of 2020, after four years at Zeeto, I was given the title of Senior Software Engineer. I would be lying if I said I don’t know how I went from a teenager who dreamed of rocking a diamond grill to an Engineer. I got here by trying a bunch of shit and failing at it. By understanding failure was an option and accepting it. By iterating off of those failures. Simply, I got here by being curious.